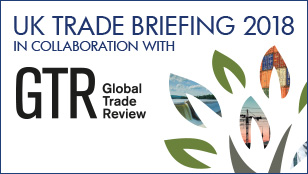 In this latest series of blogs, we take a deep dive into some of the UK’s most important sectors using our UK trade briefing report.  Here we look into the iron and steel sector.

This report was prepared in collaboration with Global Trade Review (GTR) and it reveals that Pakistan, Turkey and India are the UK’s fastest growing export partners for iron and steel. Exports to these markets are expected to grow by 5.9%, 1.4% and 0.9% respectively in the years to 2021.

Iron and steel exports to these three markets were worth $1.4bn in 2017 and the projected growth could generate an extra $29m a year for the industry’s exports.

The data also shows that alongside Turkey being one of the fastest growing markets, it is now the UK’s largest export market for iron and steel exports.

The research shows Turkey has become an important iron and steel export partner for the UK.  This partly because of its infrastructure development fuelled by its economic growth.  It is also due to the fact that the country is a staging post between Europe and the Middle East and Russia.

Turkey itself provides highly technical drilling and extraction equipment into the Middle East and North Africa region and is dependent increasingly on imports from countries like the UK.

Meanwhile, iron and steel exports to Germany have decreased by two thirds over the period from $1.5bn to $475m.  The pattern is similar for Spain and France where exports have declined by $666m and $591m respectively over the ten years from 2007 to 2017.

The decline in exports to Europe can be accounted for by depressed growth in the region until the last two years.  In addition, there has been a shift in consumption in Europe away from UK manufactured iron and steel.  This is reflected in the rates of growth in the UK’s top export destinations.

Metals exports are at the heart of manufacturing production globally.  The iron and steel sector in particular is vital in producing components for all industries, as well as consumer goods.

There are, however, several challenges for the sector as highlighted in the research.

First, there are specific risks around the US trade war which is centred on metals.

Despite this, the damage is likely to be more limited for the UK.  This is because the iron and steel sector is smaller in value terms to UK exports than other sectors, such automotive and aerospace, so the impact will be restricted.

Second, there is downward pressure on prices globally which has pushed UK metals manufacturers higher up the value chain where they are a net exporter.  This has caused a structural change in the sector which could continue if prices continue to drop.

Third, and the main challenge for sector, is to manage continued uncertainty.  However, this is a global challenge and not only limited to the UK.

In such an environment, companies within this sector need working capital if they are going to continue to survive and thrive.

It is only by providing better access to funding that we can support businesses to trade, grow and create jobs.

This research was initially published in our UK trade briefing 2018 report, on which this blog and the data within is based.  The sources for the research include the United Nations, Eurostat, the OECD and customs and excise data as well as UK Office of National Statistics data. The analysis is based on the trends and patterns in trade flows which it projects forward.  It does not account for potential political or policy changes.

We understand that freeing up working capital is a major challenge for many businesses, and we offer a range of flexible services to help.

Our vision is to develop partnerships that provide opportunities to grow together, by providing access to finance, tailored to each client. 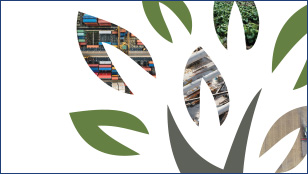 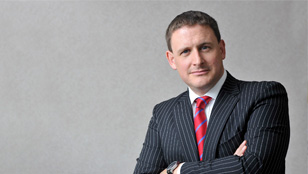 We are aware that scams are being operated by fraudsters pretending to represent Wyelands Bank (formerly FIBI Bank (UK) plc/Tungsten Bank) or customers of the bank. The fraudster target typically receives communications requesting the payment of fees for one or more services and the techniques may include:

a.“The beneficiary of an account at the bank wants to transfer an account or funds to the target and administration fees are required to be paid before release of the funds”; or

b. The target is “offered account facilities or savings accounts and fees are required to be paid to the bank in order to facilitate the opening of the account.”

If you are not an existing customer of Wyelands Bank, you should ignore any unsolicited correspondence from any party purporting to represent Tungsten Bank, FIBI Bank (UK) or a customer of any of these banks.

If you have received any correspondence from any party purporting to represent Tungsten Bank or FIBI Bank (UK) or a customer of either bank and in particular if you have been told that funds in an account are to be transferred to you:

Many banks use two factor authentication to obtain stronger evidence of who you are than simply using passwords. Two factors are ‘something you know’ (typically your user name and password) and ‘something you have’ which is either your bank card with a card reader. The code generated is personal to you, and different each time you log in.

The term ‘Phishing’ relates to an action where fraudsters send you electronic emails or texts which look like they come from an official source, often from a payment institution (banks, PayPal etc.), asking for personal and security information. They are looking for you to divulge enough information for them to use to either take payments directly from your accounts or use information you give them to pay for items online.

Refers to scams that involve running malicious software on users' PCs. Malware can be introduced as an email attachment, as a downloadable file from a web site, or by exploiting known security vulnerabilities--a particular issue for small and medium businesses (SMBs) who are not always able to keep their software applications up to date

In this type of attack, individuals or companies are being targeted. Gathering personal information about the victims from various mediums such as social media websites, attackers pose themselves as someone you are familiar with. This makes the victim less vigilant and takes action without giving much consideration.

This type of phishing attacks happens when a legitimate and previously delivered email is taken and used to create an identical email with malicious content. The email appears to come from the original sender and claims to be a resend or updated version to the original email.

Online safety – how to protect yourself and family

For your personal online security we refer you to the guidance provided by Get Online Safe:

Emails are an insecure method of transferring information across the Internet. You should limit the information you send by email and not detail any confidential personal data in your emails to us.

We recommend the following:

Wyelands Bank has closed its deposit accounts and depositors were repaid on 17th March. A communication was sent to depositors on 8th March with details of the repayment process. If you have a Wyelands Bank deposit and have not received your funds please contact the Customer Service team.